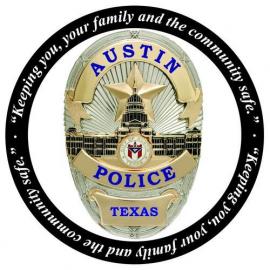 Summary of the Austin Police Department's Crime Report for August 2015

This is a new monthly feature of the Asap Locksmith blog. It will help our readers when it comes to understanding crime around the city of Austin.

This article will focus primarily on property burglaries and robberies reported to the APD—a topic highly relevant to the locksmith industry. Crime data provided pertains to burglaries committed in homes, businesses and public spaces. The Chief's Report does not list the type of location the crimes were committed in(home, store, etc).

Their reports watch yearly trends, instead of comparing data month-to-month. Crime trends happen seasonally. For instance; the peak of burglaries happens during the summer vacation season, and drops off during the winter months. It would be misleading to compare September and October of this year, since that's when home break-ins typically start dropping off.

There were 53 fewer reported burglaries this August. Austin's population growth has been floating around 3% in the past two years, so the coinciding 11 percent reduction in burglaries is unexpected and great news for the police force.

Robbery numbers have gone up sharply this month from last. The location of the robberies has been somewhat evenly spread out city wide, but the largest amount are happening in North and East Austin.

Car thefts stayed almost exactly the same as this time last year. That should be considered a good thing, due again to our growth rate in Austin.

Click here for a PDF version of the August 2015 report.

Thanks go out to APD for releasing a monthly report, so the people of Austin have greater knowledge of crime in our community.